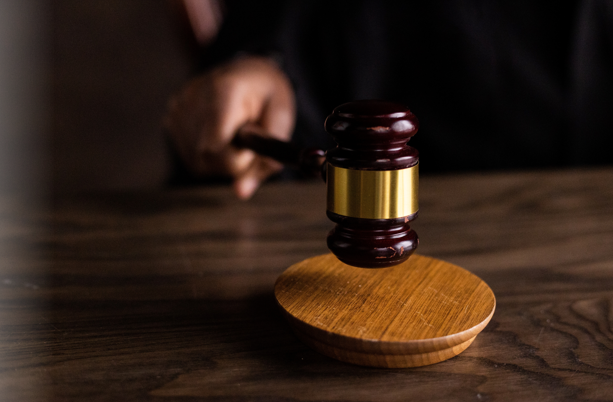 In Vectis Property Company Ltd v Cambrai Court Management Company Ltd (hereby referred to as Vectis vs Cambrai), the Upper Tribunal held that a freeholder of a block of flats had the rights to construct additional units on the roof of a building despite having no express right to do so (“express right” meaning that the freeholder had specifically stated their rights to do so in the leases). Further, the Upper Tribunal ruled that the Management Company was obliged to include future lessees of the block in its operations.

Background Knowledge (what you need to know):

– In residential developments there are often opportunities to be able to build on top of an existing building to create new apartments
– A landlord who wishes to develop on top of the roof must have the right to do so (i.e. he must not have given away the ownership of the roof/external structures to any lease)
– Long-leaseholders / flat-owners will sometimes be members of a management company that holds the responsibility to manage the block they live in. These responsibilities often come with rights of access
– When selling the freehold over a block of flats, once a price has been agreed, the current flat-owners must be offered the right to purchase the freehold first (known as the Right of First Refusal) at a price at least as good as the agreed price (this is known as a Section 5 Notice and is required by law)
– Long-leaseholders / flat-owners have the right to collectively purchase the freehold of their block by serving a notice to their freeholder (a Section 13 Notice). If the freeholder does not agree with the price proposed by the lessees they can either negotiate a better price or go to the FTT for an official ruling on the valuation.
– A “demised premise” is a portion of the premises within the property who’s ownership is transferred to a Lessee via the lease

Case Context (the facts before the case)

The Initial Case – Vectis vs Cambrai at the First Tier Tribunal – A win for the Lessees:

The Lessees decided to refuse the offer to purchase the block at £225,000 as they believed the price-tag was neither reasonable or appropriate given the fact that development would not be viable as they saw it. After much research and due diligence, they concluded that a purchase price of £24,500 was fair and appropriate for the purchase of the existing freehold and decided to serve a Section 13 Notice (the right to enfranchise) to the Freeholder.

The Freeholder of course disputed this and the parties went to the First Tier Tribunal Property Chamber (FTT – lowest house of the judiciary for these sorts of disputes) for a decision. The FTT ruled in favour of the Lessees citing the following:

– Defined the roof as “the roof as it existed when it was built”, hence development would impinge on the Management Company’s rights and responsibilities
– Agreed that the apportionment of “one-ninth” of the management costs to each Lessee in the service charge contribution arrangement implied the prevention of additional units
– The terms of the lease meant that the Freeholder did not did not have the right to build new units on the roof as the Freeholder had not expressly reserved the ownership or rights of development
– The “hope value” of the development did exist but only as much as £25,000 (nowhere near the £200,000+ that the Freeholder had attributed) as the developer may have chosen an, albeit pricey, negotiation for development

Hence the initial ruling was that the Lessees could enfranchise for as little as £49,500

Obviously dismayed by the FTT’s ruling, the Freeholder took the case further and appealed to the UT for an alternative. To much surprise, the UT ruled in favour of the Freeholder, reversing much of what the FTT had ruled in the previous hearing. The UT ruled that:

– The FTT had defined the roof too narrowly. The roof should instead be defined as “the roof from time to time existing as the vertical limit of a property” which in essence expanded the rights and responsibilities of the Management Company, not impinging on it.
– The service charge contribution arrangement implied equal apportionments of the management costs, is only limited to one-ninth in as much as it is written in the lease at present and that the service-charge contribution arrangement should be subsequently changed when the new units are added to accommodate for the additional units. The UT even gave the Freeholder injunctive relief if the Management Company refused to sign for any subsequent lease changes
– The Lessees only had ownership of what was expressly demised to them in the wording of their respective leases. The implication therefore is that the roof is under the direct ownership of the Freeholder as it was not expressly demised to the lessees. (i.e. the fact that the Freeholder did not reserve itself the right of ownership or the right to build on the un-demised premises was irrelevant)

Hence the UT’s ruling was that additional units could be developed on the roof and that the Freeholder was “entitled to be paid a price that reflects the development value it is losing when it parts with the freehold” if the Lessees wish to enfranchise.

Though it may not seem it, this is a particularly important piece of case law for residential property developers. With the expansion of permitted development rights to rooftops of residential blocks in 2020, many developers have been exploring the possibility of expanding existing blocks upwards wherever possible. However, many efforts have been stunted by various lease clauses and management rights similar to those seen in Vectis vs Cambrai. Freeholders and developers can now seek to use this case as precedent on the following grounds:

– A roof space does not need to be expressly reserved by the freeholder in the lease. It only needs to not be expressly demised to other leases
– A freeholder can develop on the roof of the building inasmuch as it does not impinge on expressly written rights of the lessees
– Apportionment of management costs should be reasonably expanded to include new units in a similar vein
– “The Building” as referred to in management and maintenance responsibilities, should be defined as “the building as it may exist from time to time” rather than “the building only as it was built” (unless expressly stated otherwise)

This of course opens up a lot of opportunities for Freeholders and Developers that they may have previously avoided and, whilst it may be a short term bother to existing leaseholders, will go a long way to address the UK’s housing shortage.